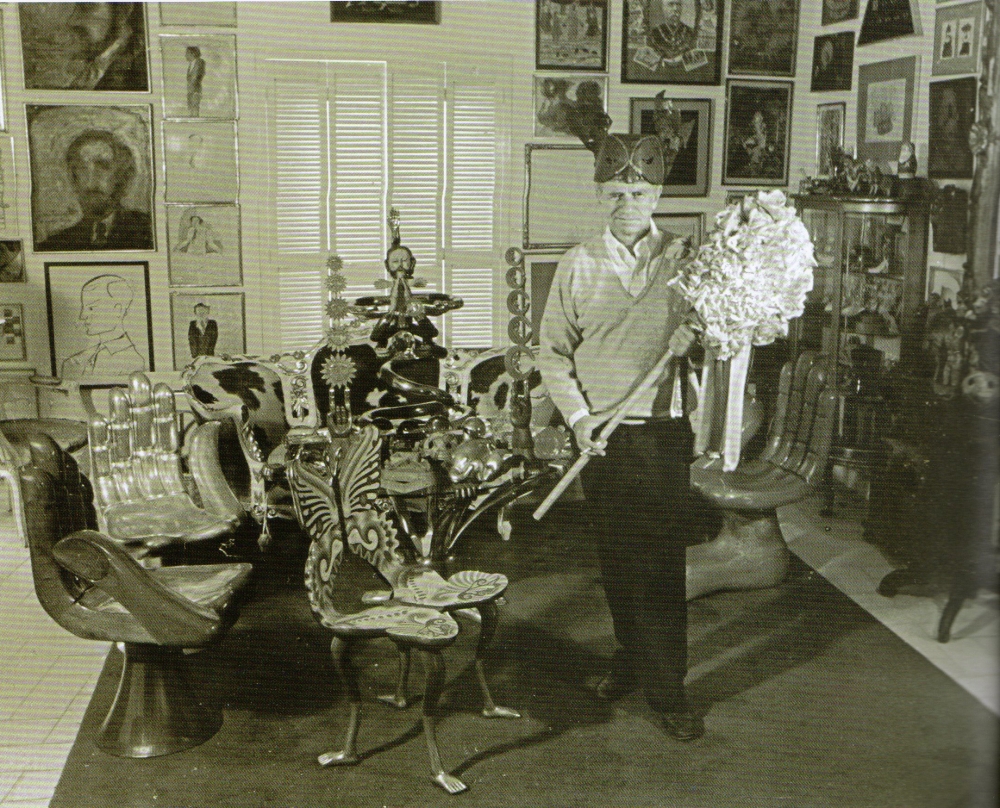 Pedro Friedeberg was born in Italy in 1936 as the son of German-Jewish parents, who migrated to Mexico when he was 3 years old. He began studying architecture but did not complete his studies as he started to draw designs against the conventional forms of the 1950´s, even completely implausible structures. His work caught the attention of German sculptor Mathias Goeritz who encouraged him to continue a career as an artist. Although his work finds echoes in two of the most exciting artistic movements of the 1960´s POP and Op Art, it is more closely related to late Surrealism. In particular, it reveals his close contacts with the leading European surrealists who had also found refuge in Mexico: Leonora Carrington, Kati Horna, Edward  James, Alice Rahon and Remedios Varo, who were irreverent, rejecting the social and political art which was dominant at the time. Friedeberg was also deeply inspired by Goeritz especially his Dadaist tendencies, which found expression in the avant-garde group known as “The Fed-Up ones” (los “Hartistas”) of the early 1960´s. The work of Friedeberg recombines all these influences into something completely, uniquely and unmistakably his own.

Although Friedeberg is an accomplished painter, he is famous for his ironic furniture designs, notably the “butterfly Chair “ and  “Hand Chair”. Both pieces were originally designed in the 1960´s as a rejection of the International / Modernist aesthetic and functionalism.

After designing his first chair, Friedeberg went on to design tables, couches, and loveseats. This body of work, along with Friedeberg’s obsessively crowded and meticulously detailed canvases, often included references to Tantric scriptures, Aztec codices, Catholicism, Hinduism and symbols of the occult. By 1963 Frideberg had also begun making entirely sculptural works of distorted bodies with appendages taken from religious statuaries found in antique shops and flea markets.

Pedro Friedeberg´s pieces are part of the most important collections, either private or public, around the world.